After having my first baby, Arjay, I fell pregnant again when he was 4 months old. Being pregnant, whilst having a 4 month old, people would often say to me, "Aren't you scared to give birth again so soon" - along with many other comments.

I can honestly say my fears of birth were eliminated after doing Shari's Hypnobirthing course when I was pregnant with Arjay. The techniques I learnt from this course were put into practice with Arjays birth. (You can read Arjay's Birth HERE)

Giving birth to Arjay, although the labour was long and exhausting, I had the birth I wanted; natural, and to remain focused and relaxed as much as I could. This was also my wish for my second baby, Mylah - who was born on 17th December, 2017, at Gold Coast University Hospital, 2 and a half weeks before her due date.

As I said, I had no fears to give birth again so soon after Arjay, I had done it before - the way I wanted - I could do it again! Our bodies were made to do it! I did a Hypnobirthing refresher course with Shari at around 33 weeks pregnant to refresh my memory on the techniques used and to keep me relaxed and positive for my second birth.

My waters broke with Mylah on Saturday 16th December at 1:50am, before I went into labour, which was exactly what happened with Arjays birth. When the water breaks early, it is called premature rupture of membranes (PROM) and I got told that most women will go into labour on their own within 24 hours. I went into the hospital so that they could monitor me and check that it was definitely the membranes that had ruptured. I got told that I could wait to see if labour started naturally, or be induced. Of course I decided to wait as I wanted the most natural birth as possible. I went home and had a bit more rest before going along with my day.

That afternoon, Shari offered to do some techniques with me to try to bring on labour naturally. I wanted to do everything I could to try and get labour to start without having to be induced. We focused on some deep relaxation techniques as well as acupressure points. I was extremely relaxed. Although nothing started happening that afternoon and throughout the night, I remained positive.

We went into the hospital again at about 10.00am on Sunday 17th December. My husband Rowen continued to do the techniques Shari was doing with me to try to get the labour started. Unfortunately, I couldn't go into labour by myself, resulting in being induced at 12.50pm that day.

Before this, my midwife Alana, asked me all my wishes for the birth. This meant a lot to me and it was a great feeling knowing I had a midwife who was ready to honour my wishes. My husband, Rowen, my mum, Natascha and my sister, Jazmin were present in the birth room ready to assist with my labour. It had always been my wish to have the three of them there, just like they were with Arjays birth.

After being induced it took an hour and a half before the surges began. I was focused, calm, and relaxed, sitting on the exercise ball with my Hypnobirthing tracks on in the background. I felt excited that things were finally happening and I was one step closer to meeting my baby girl.

As the surges began getting stronger, my husband used the acupressure points at the top of my back, which Shari focused on with me during my refresher course as this was something that worked for me in particularly with Arjays labour as well. This worked amazingly for me and took pressure away from the surge.

During each surge Rowen, Mum or Jazmin would use the light touch techniques learnt in Sharis course to keep me relaxed between surges. I was comfortable sitting on the exercise ball for quite some time, occasionally moving my hips around in a circular motion. As labour progressed I continued to focus on my breathing and listened to my affirmations playing in the background, as well as positive words from my husband, mum and sister.

Alana, was such an amazing midwife, allowing me to take control and work with my body, and was in awe of the Hypnobirthing techniques I was using. She commented at one stage saying how beautiful it was and that it didn't feel as though she was at work. This made me feel empowered to keep focused, positive and relaxed. I would have loved to get in the birth pool at this stage, however I couldn't due to the induction and being hooked up to the machine, therefore I did the next best thing... got in the shower.

Rowen used the shower hose to run it on my back. As the surges were at their strongest point, the hot water felt amazing. Breathing through surges at this stage I started to feel Mylah moving down and felt as though I needed to begin pushing. I stayed relaxed and worked with my body. Alana allowed me to be in full control, moving to the position I felt most comfortable in to give birth which was on all fours leaning over the bed head. One of Rowens wishes for the birth was to receive Mylah being born. Alana was in full acceptance of this and assisted Rowen at this point.

My mum was holding my hand and I began to push during each surge. I felt calm knowing everyone was around me to keep me focused. It is such an amazing feeling when you begin pushing, knowing that you're going to be holding your baby so, so soon!

As I continued to push, Rowen, Mum and Jazmin were encouraging me, telling me how well I was doing and that I was so close to meeting my baby girl. Positive reinforcement for me was one of the most important parts of my labour. As Mylah began to crown, I heard from Jazmin - she has lots of hair! Rowen then said that she looked like my son. Knowing they could see Mylah's head got me so excited and pushing became easier because I knew I was so close! A few more pushes and Mylah was out.

Holding Mylah for the first time was incredible and I felt so much love in the room at this moment. I had skin to skin cuddles right after Mylah was born and Mylah began breast feeding not long after. I am so thankful for what Shari from Belly2Birth Hypnobirthing taught me. Without knowing these techniques to help me through both my births I wouldn't know what to expect or how to work through my surges. I'm also so thankful to Rowen, my mum and Jazmin for their positivity and assistance.

Birth partners play such an important roll in the labour and Shari showed us that there are so many techniques that they can use. I highly recommend Shari's course for any future Mummys! 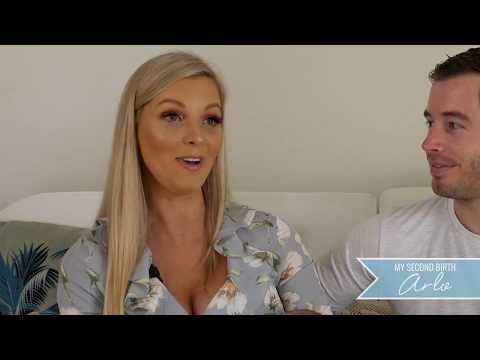 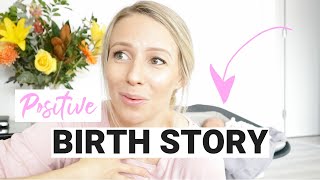 Thank you for giving me the confidence to bring my gorgeous boy into the world.

It was an amazing birth and I wouldn't change it in the slightest.

It was the quick and completely drug-free labour I had dreamt of!

It all just happened so naturally and we are so thankful for the knowledge and power you gave us.

I’m so thankful for your hypnobirthing course.

You gave me so much confidence from the other side of the globe!!